Patrick channels beat era legend William S. Burroughs and attempts to convince Dennis that language is a virus…possibly from outer space.  Patrick makes the claim that names do not matter and only symbols will endure and that he is exciting to see the rise of text speak and the economy of words.  Dennis takes none of these claims lying down and declares his hate for linguistics, text speak, and acronyms 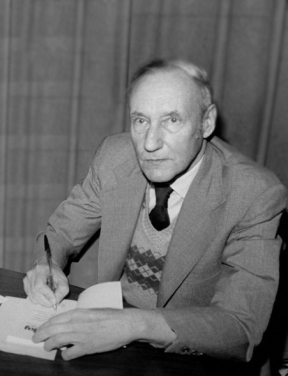 ‘V’ is for Very via the Atlantic

The Ticket That Exploded by William S Burroughs

View all posts by almosteducators